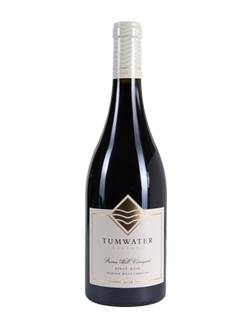 The Dundee Hills AVA is contained within the Willamette Valley AVA and is located 28 southwest of Portland and 40 miles inland from the Pacific Ocean. It is defined by a single, continuous landmass that rises above the low, flat floors of the surrounding Willamette and Chehalem Valleys beginning at the 200 foot contour line and extending to the AVA’s highest peak of 1,067 feet.

The Dundee Hills area is effectively an island protected from great climatic variations by the Coast Range to the west and the Chehalem Mountains to the northeast. The Dundee Hills receive less cooling influence from the Pacific Ocean and Columbia Gorge, resulting in slightly warmer growing seasons than most Willamette Valley AVAs.

The Dundee Hills AVA is known for its rich, red volcanic Jory soil, formed by the Columbia River Basalts land for Pinot noir in America more than 14 million years ago. Jory soils typically reach a depth of 4-6 feet and provide excellent drainage for superior quality wine grapes. Pinot noirs from this area are most often bright with elegant red fruit, earthy, truffle-like flavors and silky mouthfeel.